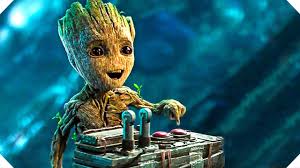 Marvel and DC have had a long term duopoly on the Super Hero.  They’ve got teenagers bitten by radioactive spiders all the way to a billionaire orphan vigilante.  These characters have been cultural mainstays for decades with their popularity reaching a crescendo at the moment with big budget movies.  These heroes capture the imagination because of their exceptional abilities.  Each has their personal foibles but in the end the world depends on them to put things right in extreme situations.

There are two problems with the Super Hero though.  First, the world is very rarely in the kind of peril that requires Super Heroes.  Second, they’re not real!  Even the Super Heroes, with no super powers whatsoever, bend all kinds of rules of reality.  So if we don’t have those big problems and these individuals don’t exist, why are we so obsessed?

It is really quite simple.  Super Heroes are a distraction.  A way for us to be let off of the hook.  Since I’m not able to do anything EXTRAordinary, I only need to do the ordinary.  Being a hero is just too far out of reach because I don’t have a magical hammer, futuristic body armor or a utility belt.  It’s just me!  What can I do?

UNTIL a few people around you catch on.  Then it has the possibility of developing super power.  Because small time heroes stacking up their little powers together becomes a force multiplier.  It’s not particularly easy!  Nor is it blockbuster movie worthy but it really is the only way.  Super Heroes are not coming!  The people in “power” generally worry about two things: keeping the power they have and leveraging it to their own ends.  So it is up to us, the small time heroes to save the world from………us!  Go suit up!

Have a great day!
Pete