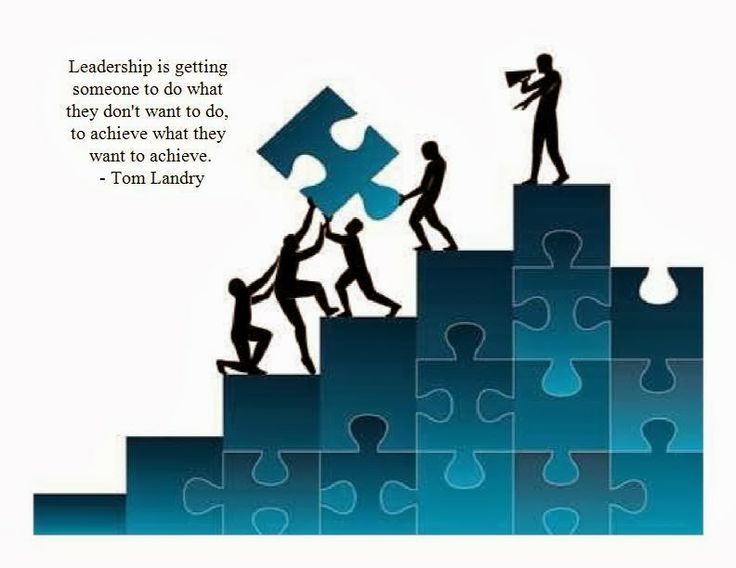 Directing a youth sport organization has the opportunity to be a rewarding experience in which your thoughts, processes, and philosophies are introduced to enrich the lives of the athletes, families, coaches, and all other followers connected to the group. The privilege granted to be a resource to many while controlling the final decision on significant organizational matters is a desirable leadership position.

But in our world of youth sports today, when does reality set in?

Is it possible to create an environment on and off the field that indoctrinates families to become repeat customers and trust the decision makers through thick and thin?

Do you have the fortitude to stand by your ideas…

Each of us has a potential amount of fire power in a given year.  If you think of your energy to finish projects as gunpowder, some of us have a barrel full and others could barely fill one of those Chinese novelty snap pellets.  While knowing how much powder you have is helpful, it is also important to divvy it up intelligently.  Even the barrel-full may not be sufficient if divided a thousand times and put into the wrong weapons.  By contrast, an intelligently used pinch could be life-changing.  So how much firepower do you really have and where are you going to use it?

At the end of this year will you be basking in the glory of your successful hunt?  Or will you be left standing with your Red Ryder Carbine in denial that you’re full of hot (but compressed) air?  That’s completely up to you and it starts right now.  Pick out your targets, if you haven’t already.  Write them down and decide how you will take them down.  Although truly ‘How’ is very rarely the problem.  It is usually getting the focus and commitment to the target that people fail to do.  So write them down now!

Once you have your targets, then you can plan out how to systematically deal with each one.  It’s a simple enough process once you commit to it.  What you need to do is “fall back on superior firepower and superior intelligence.  And that’s all she wrote!” 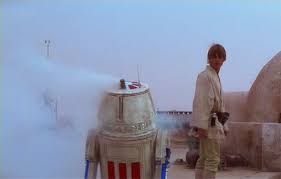 It’s a throwaway line from Star Wars: A New Hope.  The purists will point out that the actual line is “This R2 Unit has a bad motivator!” but either way it is enough to stop the red droid in his tracks.  At that point, it’s back in the sand crawler with the Jawas.  There is something all too familiar about this situation.  At times motivation seems like an illusive force that some people have the power to wield while others struggle to find it.  There is nothing supernatural about it.  The reason to do or not do something (don’t get me started on trying) is a mixture of chemicals that are released in our brains and the story that we tell ourselves.   So if you’re not doing something that you want to (or know that you should), it’s because you’ve got a bad motivator.

In our society, we are rarely threatened by starvation, predators or a lack of resources.  These were the things that motivated our ancestors.  Theirs was a life linked heavily with necessity.  Our needs have been replaced by our desires.  Unfortunately for those with bad motivators, most of the things that are easily acquired come with bad side effects.  Also the things that have true value often require a decent amount of effort.  So the choice becomes do very little  to gain the trivial or find the motivation to get the things that matter.  The motivation that you seek is in the story that you tell yourself about your desired outcome.  If you don’t have it, then your story sucks!

The story has to be consistent, compelling and relevant daily in order to get you to act.  For example, many people continue to smoke despite the impending health risks.  The story that they have for smoking must be very strong while their quitting story must be weak. Since the story that you have is made up by you or at least approved by you, you also have the power to change it.  The power is in your belief.  If you believe that you need to lose 20 pounds before October 15th or you need to donate $100 to an anti-charity, you will (I did that).  It was surprisingly simple once the story was in place.  I didn’t change the story for anyone.  The monetary amount was enough to make it compelling.  It was an important part of each and every day.  I’d made myself the main character in a success story that I wanted to see come true.  That was enough.

So do you have a bad motivator?  Tell yourself a different story about that important thing that you want.  It’s the most important thing to get this right because you’re the main character in the movie of your life.  Why in the world would you settle for a crappy script?  Start small with the chapter of today then build on that success.  Most likely the only person stopping you is you. 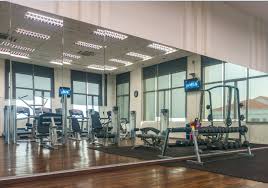 It’s January 9th and the gyms are getting less crowded by the day.  The “Gymcensus” is almost over.  With the holiday season having just ended, the story behind Christmas should be in mind but I’ll recap just in case.  The story of Christmas starts with Joseph bringing Mary, his betrothed, to Bethlehem to be counted for the census.  Due to the large influx of people, Joseph and a very pregnant Mary were forced to stay in a stable because there was no room at the inn.  In that stable Jesus was born.  Then he and his family had to flee in order escape the wrath of King Herod who intended to kill the child.  Now we have created the modern equivalent.

The Gymcensus is a slightly skewed reenactment of the story of Jesus.  After the holidays, all people who want to believe that they will be fit this year must travel to a gym.  They must go as often as possible during the first few weeks of the new year in order to be counted in the Gymcensus.  Since it is so crowded and there are a limited number of elliptical machines, people are forced to lift weights or run.  At that point these people must flee the gym because they are afraid that exercise might kill them.  Either that or they flee from their friends that they told about the gym commitment because they cannot face their “failure”.  While this depiction of a New Year tradition may be comical, it does not need to be so pervasive.  Most gyms give you the tool that you need in order to stay through the census and actually become more fit.  That tool is the mirror.

The mirror is an underused tool in and out of the gym.  In all honesty, the trip to a gym is completely unnecessary.  The main action that needs to happen is to look in the mirror and come face to face with your opponent.  Once you have looked your opponent in the eye and sized him or her up, you’ll have a very good idea of what he or she is capable of.  Then all you need to do is beat your opponent by 1%.  Perhaps I grazed over that too quickly.  The only person that you are competing with is you!  You just need to start by doing a little bit more than the lazy version of yourself would do.  If you do that, then you’ll gain momentum.  DO NOT COMPETE WITH A PICTURE IN YOUR HEAD OR A PHOTO IN A MAGAZINE!  You’re setting yourself up for failure by doing that.  Only compete with you, the you of today.  Don’t take part in the Gymcensus!  Use the mirror in your gym, bathroom or wherever to regularly challenge your greatest opponent to be better.  If you don’t, then no one will.

You’re not here just to be counted, you’re here because you count!

Jocko Willink does an AMAZING job of illustrating a more intense version of this lesson when he talks about the “man in the cave” in his interview with Tim Ferriss.  It’s worth a listen. 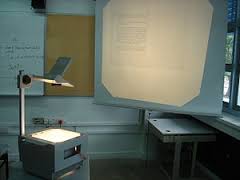 At one point in my educational career, transparencies were the height of technology.  By today’s standards they are obsolete but at the time they were extremely helpful.  The ability to manipulate and project for a group to see was used daily.  My most vivid memories of them were from history class.  A territory could be shown with a variety of borders and other influencers.  Depending on the transparency that was placed onto the territory, a force like the Roman Empire could be all encompassing or completely inconsequential.  The territory was always the same but the translucent lines of borders and boundaries changed.  Even though the transparency projectors have all but disappeared, the influence of invisible and imaginary lines has not.

They are truly all around us, the transparent lines that often direct our lives.  The boundary lines, goal lines, bottom lines, traffic lines and party lines are subtly informing our every day experience.  So many different ways that we can choose to box ourselves in or direct our movement by using these lines.  The issue comes when the lines become walls that imprison.

Many of us have constructs that we have developed or have been developed for us.  Some are almost invisible until we look for them.  For example you are reading this blog in English.  If it is your first language, it changes the way that you look at the world compared to other languages.  A simple sentence like “I dropped the plate.” illustrates the point.  There is an underlying sense of responsibility attached to action because of the subject “I”.  Conversely the Spanish representation of the situation, “Se me cayó el plato.” literally translates to “The plate fell from me.”   For better or worse, the influence of simple things such as this can monumental and often taken for granted.  So the first step is to recognize as many of the lines that are influencing you as you can.  Then decide what makes sense.

When you peel back the layers of transparencies from your life, you will most likely find things that you’ve taken for granted that just don’t make sense.  Driving on the right side of the road may be a useful constraint to keep.  However there are probably others that can be amended or dropped in order to better service you in the pursuit of what you want today.  Perhaps you’ve always believed that you’re not smart, that planning isn’t important, that sex is REALLY important, that you need to make it on your own or a million other things.  Maybe you’ll keep most of your beliefs but it is worth the examination to see if you’ve painted yourself into a corner with beliefs that don’t make sense anymore.  If you want to be a millionaire but think that making minimum wage is the best you can do, you’ve got a problem.  Do the lines that you’ve painted for yourself point you in the direction that you want to be going?

Physically, mentally and emotionally; what do you believe about yourself, people and the world?  Write it down in your notebook, iPhone, laptop or anything else that works for you.  Then pick through it to see what you’re keeping, tweaking or tossing.  It’s up to you to clean up whatever mess you might have.  If you’re honest in your assessment, you’ll be able to see through the person that you need to read better than anyone else: yourself.

Go get your hands dirty boys and girls!