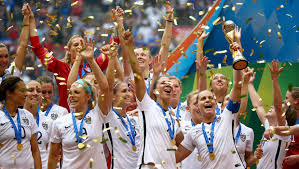 In this country and around the world Champions are lauded for their accomplishments.  Usually the scene of victory is filled with a trophy to be kissed, confetti falling, champagne popping and players/fans rejoicing.  The reason that this scene is so easy to recreate in one’s mind is that it is pervasive throughout sport.  Depending on the particular sport, one could be even more specific about the scene.  Regardless of which championship is won there is an invisible specter that is ever-present but has seemingly been forgotten by many who are watching.  The fruits of the labor are on full display but the labor often gets overlooked.  In a world where instant gratification is becoming more of the norm will we be seduced by the empty triumph of getting the small reward now or choose the labor that creates real results?  The answer is that both will happen.

There will be many people who get swept up in the power of the “Now Economy”.  They will take the short term rewards and overlook some of the long term consequences.  It is not a surprising phenomena that people take the easier path.  On a biochemical level, our reward system is easily seduced by the immediate regardless of its hollowness.  It takes time and training to override this system.

The greatest of all time were able to train themselves to be long term greedy.  Rather than giving in to the temptation of the moment, they put in the work now in order to reap the benefits later.  Often that was months or even years later.  The prize at the end may have been what drove them but the process of attaining greatness is won daily.

Each of us has the power within to choose.  There probably won’t be a championship trophy at the end for most of us.  Our accomplishments won’t be on ESPN.  It will almost all happen on the inside.  The triumph will be over self and circumstance with only a few fans (friends and family) there to celebrate.  Will you be able to hold your head high based on what you have done?  Or will you be looking down at the path of shortcuts that you took to run yourself in circles?  You have the power to choose and you’re choosing right now.  Choose wisely!