A good friend of mine had a great night tonight. He is a high school basketball coach in Iowa and they won their first game of the season. The victory is more impressive because they did not win a single game last season. As I’ve known this man for many years, I know that he has been selling an idea to his team for months. The idea that they are better than their record from last year. I am sure that he has been trying to convince his players that they could win. While I like to believe that everyone is as optimistic as I am, there were probably a few of his players that believed he was full of it. The truth is that he was, up until tonight.

Magellan, Galileo, Tesla, the Wright Brothers and yes! John Windham were all kidding themselves at one point. At least that is what the people around them tend to believe. The reason is that it is easier to be pessimistic. It takes almost no effort at all to see the obstacles. The struggle of believing is just too hard for many people to bear. We’ve become enamored with the ideas of predictability and consistency. As we go through our lives, the monkey wrenches that get thrown into the gears of our perfectly planned days cause major upsets and anxiety. Everything is supposed to work like Starbucks where things are predictable but make you feel special at the same time. Believing something into existence is just too much work! What if I fail!?!?!? What if I’m full of it?!?!?! You will and you are. The people above were all branded fools up until and often beyond their successes.

If it’s all bull$#%t until it’s not, then what are you willing to be mocked for? The pessimists are always going to be there, no matter what. So the key is believing in something more than you care about what people will say. Time and tenacity are all it takes to change the impossible to the possible. Now is your time! 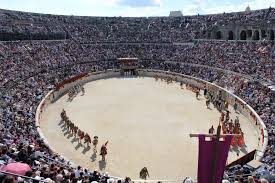 For most of my life, I’ve had a portion of Teddy Roosevelt’s speech at the Sorbonne memorized.  “It is not the critic who counts… The credit belongs to the man who is actually in the arena.”  It’s moving.  It moves me in the sense that I actually take action when I think of it, hear it in my head or in my heart.  The issue is at the moment, the critics have such a large megaphone that it becomes hard to hear our heads and our hearts.  The echo of other people’s point of view tends to linger, burn and even cut the ones who are actually in the arena.  The credit may belong to the man in the arena but that credit is hard earned because people want you to lose and never let you forget it.

The only thing to do is go deaf.  Deaf to the jeers, the criticisms and the negativity.  The volume of the critic does not matter if you pay no attention.  Besides the only reason the words of the critic ever penetrated is because you believed them at least partially.  Their message about you being a failure or a loser resonated with you on some level deep within.  So the inner critic is actually the one that has the power to take you down.

The way to silence the inner critic is to run.  Run straight into the arena.  Sleep there, eat there, get your ass kicked there but at least in the arena, the inner critic has to stay in the stands.  He can’t get his hands on you as long as you stay fixed in the center of the ring.  Perhaps in the end you’ll find out that the critics were right and you didn’t have the stuff.  But at least you’ll know for sure, while they’re left wondering about themselves.  Outwardly chastising but inwardly envying the chance that you took to gain the credit of the arena.

Have a great weekend!