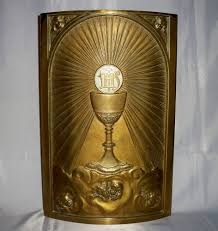 In one of my favorite movies, “Rounders”, there is a character with whom I identify very heavily.  Despite the movie starring Matt Damon and Edward Norton, two actors that show up continually in movies that I love, it is a secondary character played by Martin Landau that gets me every time.

For those who have not seen it, a quick synopsis with no spoilers.  Matt Damon plays a talented card player who has sworn off poker after losing big.  He is now in law school and working hard to recover from the loss.  Edward Norton is his best friend who has a troubled past and has just been released from jail.  The movie follows the two friends as they try to pay off old debts, monetary and other.  Martin Landau’s character, Abe Petrovsky, is a law professor who takes a liking to Damon’s character.

Like most characters that enthrall me, it is the reflection of myself in Petrovsky that is engaging.  Earlier in his life, he was disowned by his Jewish family because he did not believe in God.  Law eventually became his religion.  He helps Damon’s character because he feels a form of debt to those who allowed him to be who he was.

Now I am not Jewish and I have no great love for the law.  Catholicism was the chosen religion of my family when I was young.  I attended Sunday school and can recall more biblical text than is probably necessary for someone who is basically agnostic.  Despite my uncertainties about the higher power and all of my reservations about organized religion, there are many things that I carry with me including a sense of duty that springs from that time in my life.

Within most Catholic churches, there is a “box” called the tabernacle that holds the bread wafers and wine that represent the body and blood of Christ.  It is usually given center stage and is ornately decorated.  In this instance, the Catholic church has put emphasis on something that is extremely important to it.  Regardless of your religious affiliation or lack thereof, there are things in this world that deserve reverence and special treatment.

In a world where information is everywhere and basically everything is for sale, it is easy to lose sight of the things that are truly important.  Luckily, God, Nature, Infinite Intelligence or whatever other force you might believe in has given us our own “tabernacles” for the truly important things.  Two of your possessions are encased so deliberately that it is difficult not to recognize their importance: your mind and your heart.

In very real terms, you exist within your mind.  Every feeling, sight, smell, taste and memory is housed within the tabernacle of your skull.  This should be a most prized possession.   It should be protected, exercised, challenged and never abused.  It should be fed with ideas and filled with memories that make it want to create more.  The day should never come where it is left to the complete care of someone else.  It is almost all that you have.

Then there is the heart which keeps you alive.  Two hearts exist: the physical heart and the emotional heart.  The physical heart should be cared for and exercised.  Neglecting or abusing it will only end in pain.  The emotional heart is also key to your survival.  Although it also needs protection, it needs to be extended to people without safeguard at times.  It should not stay in the figurative tabernacle at all times.  If it does then it wilts and dies in a way that is more tragic than the stopping of the physical heart.

These are just two of things that we should hold sacred in a world that dismisses most things without a price tag.  In your life, I’m sure that there are others.  You don’t need to put them in an ornate box but rather give them what they deserve from you.

I have been given so many things “and for that I owe.”