In “The Junk Mail” episode of Seinfeld, we are introduced to Frankie Merman.  He is Jerry’s childhood friend who has many quirks including digging holes to sit in when he is upset.  Despite his eccentricities, George is slightly jealous of Frankie because Frankie and Jerry attended camp together.  George ruefully refers to Frankie as the “Summer Me”.  He even goes so far as to lie to Jerry about an imaginary summer friend of his own.  All of this ridiculousness is par for the course in the world of Seinfeld.  As far fetched as it all may be, it got me thinking about the soccer world in which American fans live.

Next weekend marks the end of the Premier League.  For those who religiously follow teams from England on Saturday and Sunday mornings, there is hole to be filled.  Recognizing this fact, it might just be time to embrace Major League Soccer as your “Summer League”.  I can hear the protests now, “MLS sucks!”  “There’s no promotion or relegation!”  “It’s a retirement league!”  I’m well aware of this and all of the other vitriol that comes out whenever someone suggests that our domestic league should be watched by our domestic fans.  I understand the thought process.  My son and I just took a trip to England to see two matches.  The allure of European soccer is not lost on me.  The only question is do we want it to be this way?  Do we truly want to be thousands of miles away from the best soccer in the world?  Americans account for the largest number of ticket buyers at the World Cup, other than the host nation.  Which means that we travel to far off lands at great expense to see the best in the world compete.  In 2026 when the World Cup is here, will Americans not attend the games because they are here?  That would be a ludicrous thought!  We want the best games with the best players to be in our backyards.  BUT we’re impatient, entitled and shortsighted.  Let’s take a look at each. 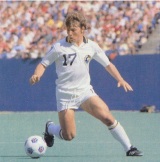 We’re impatient.  Major League Soccer is barely 20 years old.  Even the re-branded version of the English first division is older by around 4 years.  Comparing MLS to any of the historic first divisions from Europe is at best an apples to oranges comparison.  At worst, it ignores all common sense.  Teams and leagues are made up by players and their endeavors are supported by fans.  European fans have supported their clubs for generations.  MLS clubs have not existed for a generation yet.  Love for a team or club is not built overnight.  It is a slow process and we’re in the thick of both the development of love for clubs and a talent pool.  If the desire is that MLS should just buy the best talent in the world, do some research on the Cosmos. 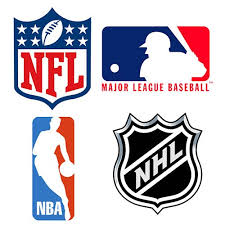 We’re entitled.  Other than MLS, the other major sports leagues based in the US are arguably the best in the world.  NFL, no competition.  MLB, takes whatever talent is produced in other leagues.  NBA, second tier talent from the US go to play in the other leagues.  NHL, brings in talent from all over the world.  Is it really that disheartening to have one league of the top five major sport that is not YET the best?  Especially when you consider that with the exception of hockey, the others are “American” sports.

We’re shortsighted.  In the 1990’s my knowledge of English soccer was actually pretty limited.  At the time, the Italian Serie A was arguably the best league in the world.  The ingredients that contribute to the rise or fall of the fortunes of a particular league are multiple.  One of the most important parts to a successful league is fan interest.  If there are not enough fans, there is not enough money to buy enough talent and the product on the field suffers.  The shortsighted thought that, “MLS sucks now.  I’ll pay attention when it’s better.”  is a recipe for disaster.  The league cannot reach a status of world renown without the backing of American soccer fans.  If you want the best players in the world, playing in your backyard for your local team, then you need to pay for it now, not then.  We never get there if we don’t put down the deposits (both financial and emotional) right now.

So yes!  Major League Soccer might be Fragile Frankie Merman.  It may have all kinds of eccentricities that may not fit your model of a perfect replacement.  BUT if you spend your summer pining for the return of George and don’t pay attention.  Frankie will continue to disappoint and your summers will always be George-less.

It will never be “The Summer of George”