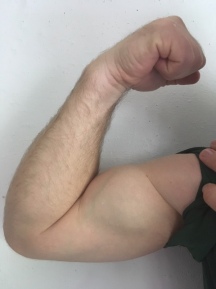 You are the ancestor of survivors!  Cavemen and women who braved the bitter cold, extreme heat and dangerous predators just to continue the species.  Their successors improved hunting and developed farming in order to make survival more probable.  Eventually they were succeeded by people who developed technological advances that gave us every advantage and the ability to bend many of the laws of nature to our will.  This is your lineage!

Despite that fact, you feel weak, uninspired, defeated or out of control.  For so long our species had one objective: stay alive.  Now that survival is less of a concern, we seem to have forgotten how to live.  The words “successors” and “succeeded” were used intentionally because they illustrate a point that has been lost in the shuffle of the demands of modern life.  Success is now an arbitrary term that people often conflate with money, possessions or other status symbols.  It was originally about passing something on to those who would come after.

So don’t balk at the opportunity that you have.  You are the descendant of people who were brave, resilient and strong.  They left us every advantage and that has tricked us largely into believing that we are weak that we are nothing without them.  That we can’t handle the cold or the heat or the difficult or uncertain.  DON’T ASSUME THAT YOU’RE WEAK, JUST BECAUSE YOU HAVEN’T FOUND YOUR STRENGTH YET!  Inside of your very DNA is the stuff that made survivors.  Now it is your turn to do whatever you can with the time that you have.  Your strengths, the things that you were meant to do are out there, waiting for you.  Your belief in them and your ability to find them will beckon them eventually but first you must act!  You must do things that take you outside of your comfort zone.  Test the limits to see where your strengths lie!