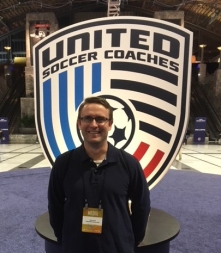 It’s that time of year again where I make my trip to whatever city is hosting the United Soccer Coaches (former NSCAA) Convention.  It is great to spend 4-5 days talking, thinking and learning about soccer.  If this is your first time or you’ve never gone, here are some ideas on how to get the most out of the Convention.

Enjoy the Convention if you’re already going.  If you’re not, get a one day pass and check it out.  Philadelphia is one of my favorite venues for the Convention.  The Market next door, the “Rocky Steps” and the city in general make it a fun time.