There are some things that are just NOT done in polite American society!  You don’t ask a woman if she’s pregnant.  You don’t talk politics with your in-laws.  You don’t talk about money in mixed company.  And if you’re an American soccer fan, you don’t agree with Alexi Lalas!  I am about to break that last social norm.  Alexi gave a description of the apples to oranges comparison of US Soccer’s failings to the successes of Croatia and Iceland.  I totally agree.  The component pieces of the soccer landscapes and national culture in each country are so completely disparate that comparison is a fool’s errand that is at best click bate and at worst sophisticated soccer tail chasing.  So let’s take the American soccer “watermelon*” and inspect it on its own merit to see where we’re going.

First of all, let’s take the population discussion completely off the table because it is irrelevant on many levels.  Only 2 countries in the top 20 by population have won a World Cup (Brazil and Germany).  Of that same top 20, nine nations have never qualified for a World Cup.  If more people was the answer, China and India would be in the final every four years.  The fact that the US is larger than another country does not indicate that it should be more likely to win (or perform well) at the World Cup.  So it is much more complicated than that.

The story of the nations that have won at least one or even multiple World Cups comes down to a convergence of many factors but probably the most crucial is a soccer (football) culture.  The nations that have been able to win or compete well at World Cups all have a culture that supports and/or increases their success on the field.  Culture, in very general terms, can be characterized by the statement “People like us, do things like this.”  So in those high performing soccer nations, people do several things that perpetuate the high level of play or induce improvement.  Generally speaking this is not a top down process.  Culture is a product of many little decisions made by thousands or millions of individuals, not a handful of powerful individuals making decisions.  So if World Cup success is in the future for the United States, it will follow the adoption of a soccer culture, not create one.

So even though the size of Iceland does not matter, the fact that so many Icelandic people do the Viking clap does.  It sends a message to every single player on the team and child who is adopting the game.  The message is “This matters to us!”  That message changes the daily actions of people.  Given the choice between extra ball work or not, players in those environments recognize that something important is at stake.

With that understanding well established, I will go back to the title.  If the USMNT doesn’t win the World Cup in/by 2026, it’s my fault!  This statement may seem crazy to some but if you’ve been paying attention it becomes plainly obvious.  Culture is created by individual decisions made by the masses.  It’s on ME!  And YOU!  And everyone else attached to this game in the US.  No longer can we hope that copying Barcelona drills or hiring English trainers or attending foreign friendlies on their summer tours is enough.  Every one of us that considers ourselves a part of soccer in the US needs to up their game.  What does that mean? 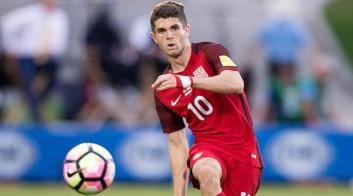 It means action by the many.  In some ways this endeavor is truly in line with American culture (of the past at least).  It is almost inherently American to identify a challenge and conquer it.  For most of our country’s history, that was almost common place.  We (the people) took on monumental tasks as a collective.  Unfortunately we seem to be at a point in history where we expect other people to do it for us.  We can outsource it or it’s the government, corporation or system’s fault that things aren’t going right.  The problem lies with someone else or it’s just too hard and I can’t be bothered.  FUCK THAT!!!  We need to step up for the next eight years!  Not in some grandiose, out of reach way but in simple ways that can have a cumulative effect.  The main thing that will be required is a long term view.  So here are some of my suggestions based on a variety of perspectives.  It’s by no means a complete list but it’s a start.  Add your own thoughts in the comments.

As you finish up reading this article, I hope that you have a small inkling of the feeling that I have.  It’s only a matter of time before the US wins a World Cup.  Soccer is no longer the game for everyone else but US.  The momentum of the sport in this country is well on its way but now it needs our help to reach escape velocity.  To overcome the inertia of ambivalence and low expectations, WE all must do our small part to reach the highest of heights.  But there are no guarantees.  WE must bet on the fact that together it will be enough.  And if it’s not!  IT’S MY FAULT!

*I’ve chosen a watermelon because it is my favorite fruit.  It’s also large but lacks overpowering flavor and its seeds are possibly potent but they are often discarded or made to disappear before they can materialize.