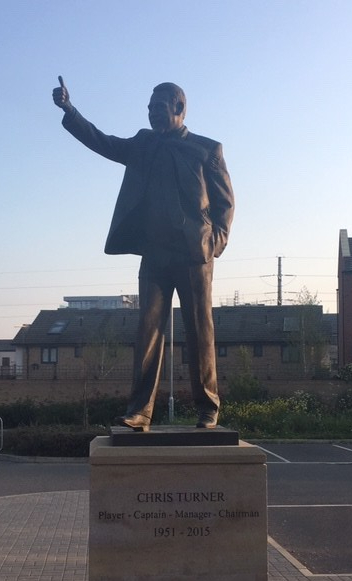 It has been said many times that soccer is a “religion”.  While this may be taken as an exaggeration or possibly a slight against religion, there is reason to take the claim with a certain amount of seriousness.  Although the sport does not call for the fealty to a superhuman controlling power, it could be considered a form of faith and worship.  Routinely throughout the year, people flock by the thousands to sport cathedrals to have their faith tested by the team of their choosing.  Much like a religion, an individual must decide to keep believing in the face of conflict.  Although the teams, managers and players are the facilitators, it is actually the mass’s belief in the sport itself that makes it most like a religion.

The belief structure of soccer is not something that is written in a holy book but there are some universals that are worth mentioning as they relate heavily to life.

You’re never fully in control.  Although the ball can be “possessed” by anyone on the field, that possession is tenuous at best.  Even the goalkeeper has a time limit on their ability to hold the ball.

No one can stand alone.  Even the best players in history needed a supporting cast in order to be successful.  Much like life, the individual is part of a larger whole and therefore is dependent on others.

There are many ways to meet your aims.  Style of play, formations, personnel and other components are merely ingredients to an eventual product.  The path does not always follow the plan or the map but actually doing is the key.

The tools may be finite but the possibilities are infinite.  Each player has a finite number of tools to use but their ability to respond to the situation with those tools is what brings people back repeatedly.

These are not commandments or any form of religious doctrine but rather a few ideas that are inherent to the game.  It is because of these ideas and many more that the game of soccer is so universally beloved.  It mirrors life in so many ways that the people who love it may not even realize the overlaps.  The game encapsulates in ninety minutes (or thereabouts) the struggle of what it means to be alive.  Collectively and individually we are all caught in a struggle and the game is an available guidepost to help us along the road.