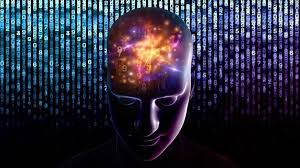 This morning on my run I was listening to the Inside Quest interview of Carol Dweck.  Her book “Mindset” is one that I have not read yet but has been suggested to me over and again.  The basic idea is that of a “fixed mindset” versus a “growth mindset”.  People who believe that their intelligence or skills are set and cannot be improved upon have a fixed mindset.  While a person with a growth mindset believes that they are always able to improve in any given area.  Although this is an oversimplification it gives a basic understanding of her thesis.  The effect of each mindset is astounding and either can be developed largely without the person’s knowledge.  The fixed mindset puts emphasis on the outward appearance of skill rather than the internal development of skill.

For some reason listening to this conversation about growth and fixed mindset started me thinking about the present international economic situation.  The European Union in particular has had a tumultuous period because some of their member nations seem to have a growth mindset: Germany especially.  While others seem to be contented with their situation as it is with little thought of growth.  It seems almost odd that Germany, a country that has twice “lost”  World Wars would be an economic leader.  However when compared with a country like the United States, it becomes clear that “winning” and being a “super power” can lead to a fixed mindset.  After the end of the Cold War, the extrinsic competition no longer existed.  Therefore a conservative fixed mindset seeks to maintain a position of authority rather than progress for its own good.  Perhaps wars should not be won but rather survived.

In no way am I a pacifist but I’m also not sure that war should have a winner.  Everyone loses: lives, money, peace of mind, land and the list stretches on for all sides of a war.  People, land and nations survive wars, they don’t truly win or lose them.  I’ve never studied history in a German school but I’m confident that their historical loses are the exact reason why they are thriving because first they had to survive.  Survival is an instinct that runs deep within the human spirit.  Once we get above the line of survival, we look to improve life incrementally.  When survival is assured, comfort is readily accessible and no “enemies” seem to threaten that station, it easy to develop a fixed mindset of protecting that which we have acquired.

The problem is that there seems to be a new “World War” coming and the combatants will not be nations but rather individuals.  Each of us will be challenged to either grow or be the cog in someone else’s machine.  The industrial revolution gave mass production to the world and allowed a few key bosses to give direction to the masses.  It was a system that was based in a fixed mindset.  That system is disintegrating and the new one requires people to be human and think progressively.  The growth mindset will be required to survive in the world’s new economy.  The US or Germany or any other set of people can survive the “Mental World War” if they realize that it is never over.  Even if drones are farming our food and jobs in the traditional sense are obsolete, we need to hold fast to the idea that there are only three positions in the world: dying, surviving and thriving.  It is important to remember while thriving that you got there not by doing what you’ve always done but pushing for better at all times.

Be better today than you were yesterday!