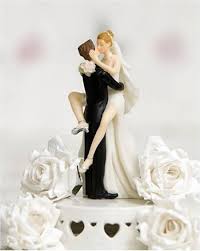 It’s so obvious on one level.  A spouse is someone that you are supposed to spend most of your days and the rest of your life with.  So choosing a person that offers a one dimensional relationship is absolutely ludicrous.  It would make for a very long and difficult daily road because all of the other areas of your life would suffer.  The sex would be great but what do you do with the other 23 hours 59 minutes of the day?  Most likely that extra time would be spent trying to makeshift a life with someone who should have been a guilty pleasure but has become a daily burden.

This is a description of a very extreme situation that is probably not realistic to most people.  Almost no one marries their “f#@% buddy” because it makes no sense and few of us would make that foolish decision.  The reason is that it is such a big decision that it would usually get sorted out before the cutting of the cake.  Signs would be so obvious that either self-examination or friends would intervene.  But what happens with the small things?  Marriage is a big decision or at least is should be.  The small decisions might be the ones that sneak through almost undetected.

Each of us has them, the guilty pleasures that we love probably more than we should.  Ice cream, chocolate, Youtube,  beer, physical affection and so many more are pleasureful things in their correct amounts.  However when we “marry” them and make them a central part of our existence, they wield an unbalancing power.  Just like the fictitious marriage that seemed so obviously out of place, relationships with items and experiences can create a burden in the other areas of your life.  It’s easier to dismiss because it is not a person that you need to take home with you.  It’s a thing, a moment in time that you deserve and the consequences will be dealt with later.

So now it is up to you!  Are you married to one of your “f#@% buddies”?  Then choose!  You don’t need to break it off completely (unless you want to).  The key is to put this relationship into its proper context.  See it as it really is and not let it take over.  Then you are available to marry the things and experiences that you really want!

Have a great weekend!